(From an address given at a Boston Stake Conference, October 11, 2014)

“Behold, I have dreamed a dream.”  Whenever the prophet Lehi had a dream, it meant hard things were coming for his family. This time it meant sending his sons back to Jerusalem to get Brass Plates from Laban. These plates contained “the record of the Jews and also a genealogy of [his] forefathers.”

We often think of this mission as going back to get scriptures, but scriptures were only a portion of what they were sent to get. The Lord tells them that they need to get “the record of the Jews and also a genealogy of [their] forefathers.” They were doing family history!

END_OF_DOCUMENT_TOKEN_TO_BE_REPLACED 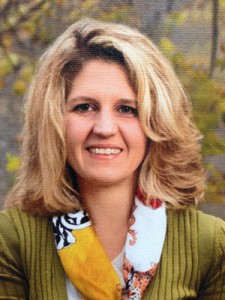 (Given at the Boston Massachusetts Stake Conference March 22, 2014)

I love the idea of time travel and good books and movies about it. So I hope that you don’t mind going back in time with me tonight to Oct.1918.

The Great War in Europe was winding down as the Americans had joined the fight but Americans were still rationing food with campaigns of Meatless Mondays and Wheatless Wednesdays to help with food shortages in France. The Russian Civil war was raging with the Red Army successfully defending the Bolsheviks after they overthrew and executed the former Czar and his family.  Influenza season was beginning with a repeat attack of the Spanish flu that would in two years affect 1/5 of the world’s population, over 50 million people worldwide falling victim to this strain. Gandhi was advocating for farmers in India. Houdini had recently performed his “Vanishing Elephant” illusion at New York’s Hippodrome Theater. The Boston Red Sox won the world series…their last until 2004. END_OF_DOCUMENT_TOKEN_TO_BE_REPLACED